The Goshen Crimson Marching Band brought home the hardware from the Plymouth Harvest Festival of Bands.  The CMB won caption awards for best music and visuals.  Goshen also took home the first place trophy with a score of 79.2.  The band continues to sharpen their show as well as add new touches including new choreography and props.  The CMB heads to the Bands of America Regional in Dayton, OH on October 7th. 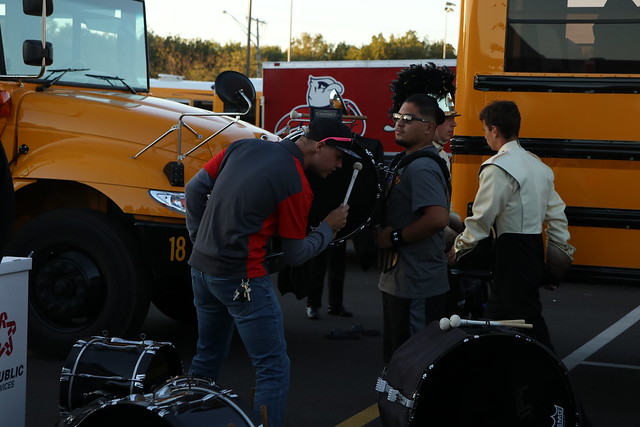 Visit the staff page for a listing of staff members and their email addresses.